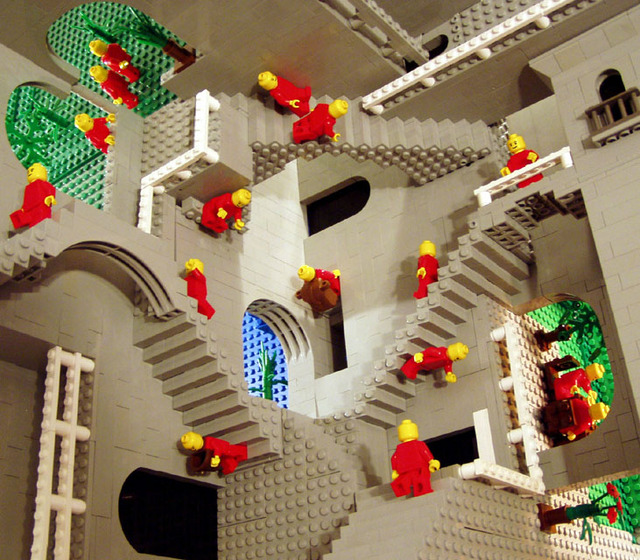 Much has been made of the role of Trump as a divisive force in American politics.  While there is no question about Trump’s behavior, blaming Trump for divisiveness makes this seem like a one-of-a-kind personality problem.  That’s an all too common illusion.  The reality is a much bigger story.

Growing up in the post-war US it is easy to forget that democracy and rule of law are by nature fragile.  For most of human history the rich and powerful have just run things for their benefit.  Rule of law gets in the way, and those who expect to be in control tend to find that intolerable.  As has been carefully-documented, forces for oligarchy are more powerful now than they’ve been for quite some time in this country.  Growing inequality and the Citizens United decision show both the current power of those forces and their ability to get more of it.  That is today’s reality.

The facts in this piece are not new but haven’t gotten enough play.   The main reason is that the illusions in the foreground—Trump’s tweets or the Republican Party squabbles—drown out the rest.   It’s worth going through these basics, because otherwise (as with divisiveness) it’s too easy to believe nonsense.

The major players in the game are well-known, but their clout and goals are underappreciated.  The starting point is the Koch organization and its allies.   The Koch organization channels money from ultra-rich donors into a political organization with 1600 employees and a bigger budget than the Republican party itself.   Most of their money is “dark”, passed untraceably through nominally charitable (but tightly-controlled) think tanks into Political Action Committees.  The Kochs were responsible for the Republican takeover of Congress and of the state legislatures—they focused unheard-of money on the states prior to 2010, so as to be able to gerrymander based on the 2010 census.  Citizens United showed their power in the Supreme Court—Roberts and Alito were both named via the Koch-funded Federalist Society—and the Gorsuch relationship is even closer.  Finally all of that speaks through their primary propaganda channel—Rupert Murdoch (net worth $14.7 B) and Fox News.

The stated goal is to return the US to something like the 19th century Gilded Age, where a handful of rich individuals ran the country through money and influence.  The Progressive Era, which followed and limited their control, is viewed as the start of a national decline.  Any social welfare spending or constraint on business saps the strength of the country.  Overall, a robber-baron economy even Adam Smith wouldn’t endorse.

It was recognized early-on that such a program would not be popular, so it was necessary to provide a cover.  For that purpose (as documented) they systematically created an alternative reality, developed by the think tanks, promulgated by Fox News, and represented politically by front organizations—most notably the Tea Party and Donald Trump.

Strangely, it is still not common knowledge that the Tea Party was created and funded by the Kochs.  Trump is a different story.   He was not their first choice, but with their guy Pence in the background, he proved to be an almost ideal populist mask. It’s no accident that the one major legislative achievement of the Trump administration was the passing of their tax cut.   That was not AN issue—it was THE issue, and the achievement was not Trump’s but theirs.   It signified their full control of the Republican Party.

The features of the “alternative reality” are worth describing in more detail, as they cover a good bit of our daily cacophony.  This is less a system of beliefs than a framework for propaganda:

Racism was one starting point.   Under Obama is was easy to claim that blacks were cheating to get more than their fair share.  Large fractions of the country still believe, quite incorrectly, that the whole social welfare system exists primarily for blacks.  Even the non-Fox press does a good job of reinforcing that misunderstanding.

It was only one step beyond that to go after the past alliance of liberals and the working class.  No message has been more enthusiastically repeated on Fox News than “they hate us and think we’re stupid”.  That message is neatly aligned with racism—they dress differently, they listen to different music, they’re not us—they’re the enemy.   They stole your jobs.  Cutting them down to size is at least as satisfying as actually getting a job.  What’s more education is bad:   It just turns your kids into people like them!

Finally this all gets reinforced with fear.  This is a very dangerous country.  Blacks and foreigners are all out to get you.   You need to know who your friends are.

So discussions of divisiveness or “polarization of the electorate” are missing the point.  While the left tries to figure out where they went wrong with the working class, Murdoch’s resources remain on-message, promoting hatred of “others” and everything they stand for.

Job creators are god-like figures who dispense jobs as gifts.  Growth, produced by them, is the miracle solution to all problems.  You don’t need ideas or plans, just them.

Government is corrupt and inept.   Sometimes, as with the EPA, it is actively malicious.  It makes laws that impinge on our freedoms.  It wastes money with social welfare programs for ungrateful non-white cheats.  Education is useless indoctrination.  Even the police cannot be trusted to do their job—we need more good people with guns.  And everything government does is financed with money stolen at our peril from the job creators.

So we need to cut their taxes, eliminate constraints on their behavior, and make sure they get as much of the pie as possible.  Further it turns out that all government services they don’t need (healthcare, social security, education, …) are candidates for cuts.  We just need defense and self-funded infrastructure (to go where the money is).

That’s where we are.   Trump and the Republicans may get all the press, but the real powers know exactly what they’re worth:  Trump is a loose cannon but easily manipulated, and the Republicans are replaceable buffoons already scared of their next primaries.

The 2018 and 2020 elections will be fought against the Koch organization and Murdoch for control of the country.   Given that democracy is on the line, the rest of us had better win.

3 thoughts on “Illusion and Reality”