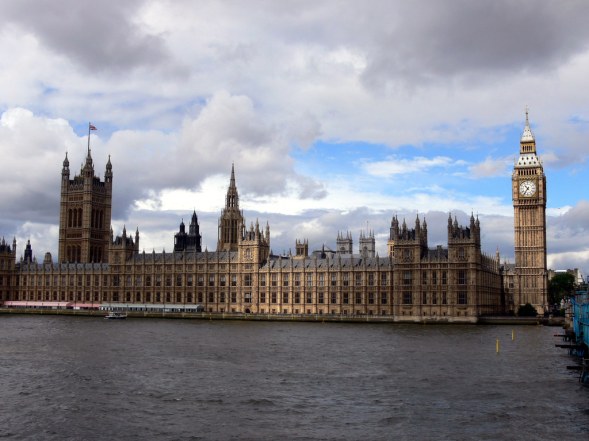 I find I can’t watch British TV series anymore without a post-Brexit shudder.

Those programs are no longer studies in quirkiness from a historically-great country that is almost us.  That country is gone.   It can’t even keep its own pieces together.  The solid core of the country has evaporated.  All that’s left are the quirks, and many of those are rather sordid.

Britain is a land possessed by dreams of lost empire, unwilling to accept either the now-visible reality of that imperial past or the self-evident fact that it is gone.  Ready to slap the face of anyone who reminds them of either.  What could be more preposterous?

We’re in the running.

We had our own years of empire.  By virtue of geography we were the last country left standing at the end of World War II, so we put together the world afterward.  And we ran it.  And we got comfortable with the idea that was the only way the world could be.  God chose the United States of America to rule the world.  The Brits had the same idea.

Those were the good old days.  Not only did America rule the world, but American products reigned supreme.  And notions of common effort left from the war drove broad-based prosperity through measures like the GI Bill.

Things aren’t quite the same anymore.  The rest of the world grew up.  We can’t just order everyone else around, and our products don’t automatically win everywhere.  And we seem to have forgotten those notions of common effort, with sad consequences for the spread of wealth in the population.

Unfortunately, like Britain, we haven’t forgotten empire.  That’s what we have to get back.  Rule the world.  Same population.  Blacks under control.  Winning everything.  Pot of gold for everyone.  God said so.

We have even more to lose than the Brits.

The United States is a prosperous country, in many respects the richest in the world.  We’ve messed up our social contract, but that’s ours to fix.  In the same way, there are no insurmountable problems in making worldwide growth good for everyone.  Even climate change, a monumental problem, has the technological basis for a solution.

We stand ready to sacrifice all of that to a fantasy of empire as vaporous as the British one.  It’s scary as hell that we seem ready to repeat history.  Their Brexit vote presaged Trump—what does the Boris Johnson vote say now?

Symbolism to the contrary, we have a better chance.  In Britain the vagaries of their electoral system prevented a legitimate revote on Brexit.  Regardless of who gets the Democratic nomination, we will get a chance a to vote on the future of the country and the planet.  History doesn’t repeat, people do.

But history will certainly judge.