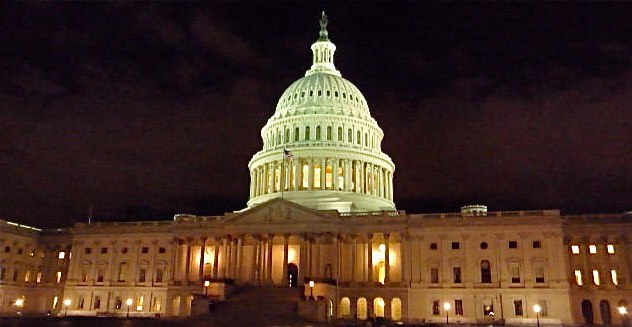 After the many other commentaries on Trump’s State of the Union speech, there are two reasons for this one:

On the first point it seems that Trump has pulled a truly remarkable sleight of hand.  The whole first part of the speech was about economic success.  He cited record low unemployment numbers as proof that his program was working and that the tax cuts would bring success.  To some extent this was the kind of distortion of reality we’ve come to expect, since Trump’s own job creation numbers were actually below all of Obama’s last five years.  What’s really shocking though is that he seems to have succeeded in using the ongoing mainstream world-wide recovery as a validation for the radically different and dangerous economics embodied in his tax plan!

Presidents generally can’t do much to change the economic situation in a first year, just because the ship is too big to turn around.   The numbers in the following job creation chart show just that for Trump.

You can give the Republicans points for creative packaging of the results, but nothing more. (Today’s January statistics show more of the same.) That’s not surprising, since on economic policy Trump’s fights with Congress left him unable to enact much of anything before the tax cuts.  And the stock market had its own reasons for upswing—it has been overhanging the tax cuts all year, and that money will be going straight into profits.

By contrast, one cannot overstate the dangers posed by Trump’s economic plan.   We are doing a massive, deficit-funded stimulation of an economy at essentially full employment while eliminating all oversight of speculation and other bad behavior.  Economists expect that cannot end well.  It is at the least inflationary and likely worse.  The giddiness is beyond the level that gave us the 2008 crash, and this time there’s no guarantee that the people managing the crisis will remember the lessons of the 1930’s.  This is not a natural disaster or other unforeseeable event.  We are choosing to do this.

One revealing point: in his speech Trump boasted of the current strength of the American economy and talked about the urgent need to cut business taxes in order to make American companies competitive.  Say what you will, that doesn’t add up.  There’s a good reason why American companies are doing ok—in the aggregate they aren’t paying those high tax rates because of all the loopholes and other special provisions engineered by decades of lobbyists.  Real tax reform would have eliminated the loopholes, made the tax code more equitable, and paid for much of the rate reduction.   We didn’t do that; instead we just delivered a gift to companies and investors.  And we’re so excited about the gift that we can’t be bothered to look at consequences.

At this point in the business cycle we should be using our resources to make the country stronger.  Trump himself mentioned some of the problem areas that need focus:  the opioid crisis, infrastructure, job training (his first acknowledgement that business profits won’t help everyone).  All of those take money, and Trump’s speech said very little about that part.  The current Trump opioid plan is an unfunded joke.

This country and the rest of the world have come back from the 2008 crash to the point where we now have money to invest in infrastructure and people—including Trump supporters—and instead we’re giving it away and borrowing more to solve a problem that we don’t currently have.  That stimulus would have been handy five years ago; now it is a lost opportunity as well as an invitation to inflation (which certainly costs jobs) and another crash.

The economy, however, is only one of the danger areas mentioned at the beginning.  In an earlier note on policy risks we listed four areas of concern:  the economy, war, Russia, and climate change.  Trump’s State of the Union speech was worrisome in the other three areas as well.

War:  Trump spent a considerable portion of the last half-hour talking about North Korea.  This included two different sets of invited guests (the parents of murdered Otto Warmbier and the injured Christian defector Ji Seong-ho) to underscore his message of evil.  He blamed his predecessors for the North Korean problem, but presented nothing at all to show what he intended to do about it.  That omission made the episode eerie, particularly when we learned just before the speech that the administration ended the nomination process of a proposed ambassador to South Korea when the person expressed uneasiness about plans for “bloody nose” limited military actions.  Some commentators worried about preparation for war.

Russia:  Here the problem was not what was said but what wasn’t.   Russia was simply absent as a major concern.   In all the repeated military chest-beating there was no acknowledgement of past Russian behavior as a current threat.  The Russian regime has demonstrated its ability and willingness to penetrate public and private data networks including the NSA.  And Russians (inside and outside the state) are a major source of viruses as a kind of private cyberwarfare.  As a threat Russian cyberwarfare ranks with North Korea, but somehow it gets a pass.  (This recent article finally shows some concern in the press.)

Climate change:  Trump’s speech was a frontal attack on the whole idea of climate change.  He began with a list of natural disasters the country had overcome—including hurricane Harvey and the wildfires in California.  All his examples were cases that had been linked to climate change, and his mentioning them without comment showed how politically confident he felt in his climate denial.  He then went on to gloat about his (questionable) successes in pushing the energy sector and “clean coal” in particular.   For climate change there are many valiant efforts to work around Trump, but we should not believe that US behavior doesn’t matter.  International unanimity on climate change is crucial to stop cheating, and we—with probably the most to gain from the process—are the cheaters in chief.

Many people, including TV commentators, tend to discount State of the Union speeches as political hullabaloo without real consequences.   This one was more than that.   Not because Trump announced anything really new, but because it confirmed the crazy and dangerous path where he the “genius” is taking us.

As we’ve said before—people easily forget what happened with the last set of geniuses under George W. Bush.   We barely avoided catastrophe that time.   This time we have ample evidence that it will be worse.

As a country we have had many years of stability, so we tend to think somehow things will just work out.  In practice that means we try to normalize the craziness around us.  But we are abandoning peace and prosperity to follow lies and fantasy.  And once again, unless we change course, there will be hell to pay.